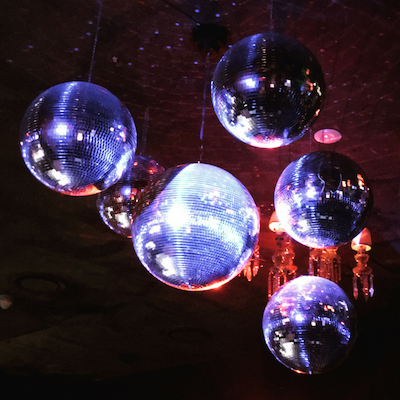 Sydney in the 80s was a melting pot of subcultures. Punks, skinheads, goths, mods, bombers, and skaters, each with their own distinct look, sound and places to hang out. It also had an incredible live music scene, with plenty of pubs to see bands play, and by the time I was 16 my friends and I were sneaking into venues like the Hopetoun, the Lansdowne and the Trade Union Club to see our favourite bands like the Celibate Rifles, the New Christs and the Died Pretty, many of them founded on the legacy of the legendary Radio Birdman.

This was a time when Sydney’s cultural ecosystem was humming. There were lots of record stores, indie labels, magazines and of course, 2JJJ.

Triple J at the time was Sydney’s own station, and its influence cannot be understated. It supported lots of local music, and was the foundation for the alternative musical education of the city’s youth. For context, it may help you to know what we are the generation that voted ‘Love Will Tear Us Apart’ by Joy Division as the greatest song of all time (up until that point of course;) in the inaugural Hottest 100.

When we lost the station to nationalization, and influential DJs like Tim Richie along with it, it was a big blow to Sydney’s cultural fabric. We lost our voice, as suddenly all of the airtime that was being devoted to Sydney bands and happenings had to be shared with the whole country. Add to this the crippling blow of a change in the pokie laws (another typical Sydney story) and the live band scene would never be the same again.

But slam dancing with a bunch of blokes was getting pretty boring pretty quickly for me anyways, and it wasn’t long til I discovered nightclubs. Proper ones. My friends and I had already been frequenting the local ‘discos’ in the southern suburbs of Sydney where I grew up, places like Carmen’s, the Seabreeze and Promises, which, true to their 80s sounding names, were bastions of big hair suburban 80s culture, and ultimately musically frustrating to a kid like me.

My first ‘cool’ inner city club was Spagos, an Italian restaurant in a converted terrace house on Crown St, Darlinghurst, which I’d heard turned into a nightclub after the kitchen closed. So I went there for dinner with a friend, no one asked us for ID, and we hung around til the DJ turned up, followed by an assortment of hip, inner city types that started filling up the dancefloor. That was 1986. I was 17. It was my first taste of proper clubbing.

The following year, I was attending university in Wollongong during the week, and plugging in to the local club scene, where the two most influential DJs in town were Danny Dun (now Lane) and Andy Morris. By 1988 I’d started DJing after throwing a party with a friend at a local pub where we used to see bands, and I began hassling Danny and Andy for gigs in the ‘Gong. Typical of smaller towns like that, many of the subcultures partied together, and in Wollongong, like many other places, it was the local gay club Kennedy’s, weirdly situated up on top of a highrise car park, that hosted nights where everyone was mixed in together… goth, punk, gay, straight, all the misfits and alternative kids who liked music and were looking for community, acceptance and a non-judgmental environment to have a good time. The music was also mixed, with not enough house music to play a whole night, so you had a very eclectic evening of styles and tempos. 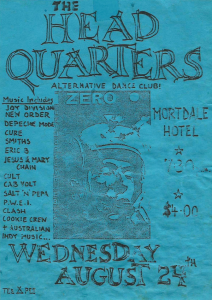 Meanwhile, back in Sydney on the weekends, there was a whole world waiting to be discovered. At first, it was places like The Freezer and Site for crossover nights, which played all sorts of music as long as it was considered danceable. Sanctuary catered to more of the goth crowd, with lots of stuff like the Cure and the Cult, while Cabaret Futura tended towards the more electronic, with plenty of Depeche Mode and New Order.

It was at the Freezer where I first met DJ Sheen, who went on to become one of the influential ‘Cartel’ of rave DJs that ruled the warehouses in the early 90s (more on that later). He let me hang out in the DJ box, to pick up whatever knowledge I could glean from watching over his shoulder, and I recently spoke to him about his experience of those times.

Sheen shares a similar story to me, getting into the club scene while studying at uni in Cardiff, Wales around the same time, going to small venues with mixed crowds, where the DJ would play a few punk tunes and all the punks would dance, then some tunes for the goths etc, eventually the DJ finishing the night playing house music, which was the most edgy music at the time.

He landed one of his first major gigs playing Friday nights at the Freezer with another pioneer of the club scene in Sydney, Rob Milton, who’d been involved in the early rave scene in London. The night would start out with hip hop, then into a bit of funk, some Chicago house, acid house and even early techno records.

Sheen also reminded me of the quintessentially Sydney club nights Meltdown and Sensoria at Site, where DJs like Pee Wee Ferris and Ben Drayton presided, and where the music was amazing and cutting edge, with just the right combination of people. It was interesting, exciting, and edgy, and these clubs could be notoriously difficult to get in to. Each club had a style enforcer (aka door bitch) who would filter out the crowd, and running the gauntlet became a nightly ritual for us. To game the system, we’d often head into the clubs early, when it was easier to get in, and collect our stamp before going to dance somewhere else for a few hours, heading back later when we knew it would be getting going. Most often we’d head to one of the gay spots on Oxford St, like the Exchange or the Albury, and it was here that I really discovered house music, played by DJs like Stephen Allkins, Paul Goodyear and Paul Holden (RIP). 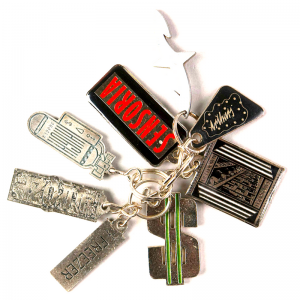 One of the great things about Sydney at the time was that the scene was really mixed, along with the music. You could also go out 7 nights a week, with something quality every single night, including Madd Club on a Monday, Lunacy on Tuesdays, Sensoria on Wednesdays, Meltdown on Thursdays, and an abundance of options over the weekend. Sheen quipped that no one he knew at the time had a regular job, and it was the same bunch of people out every night who kept the scene afloat.

This was also the time of the Hordern parties, which had become world renowned and had global cultural icons like The Face and ID magazines bringing the city’s dance music scene to the attention of the world. This was a pretty big deal in the days before the internet, when Australia’s cultural isolation was a big factor, where we had to rely on magazines, radio and import record stores like Disco City, Central Station and Floppy Disc to get a window into the outside world, and piece a culture together for ourselves.

The late 80s also heralded the arrival of a new drug called ecstasy, of course, and that changed things forever. Before that, the club scene was all about cocaine, the band scene was fuelled by speed, and the surfers and skaters smoked bongs.

Around the summer of 89/90 I’d landed my first residency at an inner city club, an infamous place called The Front, located near the corner of Pitt and Park streets in the city. The Front had a reputation as a recovery club, and on the big weekends it would stay open from Friday night all the way through to Monday morning. I would sometimes play on a Saturday night, go home for a sleep and some breakfast, and come back to play again on Sunday to the same people, in the same clothes, in the same corner of the dancefloor. It also had an extra turntable and mixer set up, and we’d spend hours and hours on the third deck, dropping acappellas and random bits of whatever else we could think of over the DJ who was playing. 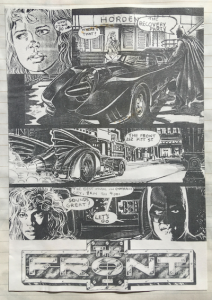 In true Sydney form, it was eventually raided by the cops and shut down, but for a while there it was quite the crazy scene, and a real intersection of Sydney culture at the time, with DJs Lance Kenneth, Paul ‘Flex’ Taylor and Simon Grant at the helm.

I spoke to my old friend and DJ legend Paul ‘Flex’ Taylor about it to fill in some of the gaps. He’s spent a lot of time researching the history of dancing in Sydney, from the ballrooms of the late 1800s through to the emergence of the disco scene at places like Patchs and Stranded, and into the heady days of the Hordern parties. We talked about how dance culture really has no beginning and no end, that any point is just part of a cultural continuum that stretches back to the times of tribal drums and forward into a time beyond lockouts and the nanny state, when we will one day have our freedom again.

Paul arrived in the city to become a radio announcer and stumbled into the club scene, which ended up changing the direction of his life. He recalls one night when he was taken to Patchs (later to become DCM), to see the legendary and influential Sydney DJ Lee Reiger play. Watching him put records together was a magical experience, and one mix in particular inspired him to pursue an entirely different path in music. He saw the rise of the disco scene across Sydney in the late 70s, where more and more pubs replaced bands with DJs and put in a mirror ball to save money and ride the latest craze, into the rise and fall of the Hordern party scene and on to the beginnings of the rave scene.

It was towards the end of the Front days that I started hearing about these ‘English’ rave parties that were happening in the warehouses and film studios of industrial areas like Alexandria, fuelled by a seemingly endless stream of British backpackers arriving on our shores, bringing rave culture along with them, via the beaches of Goa and Ko Pha Ngan. It was obvious that a lot of the established crew felt a bit threatened, thinking ‘who are these Poms coming over here trying to take our scene?’ but to my ears it sounded really interesting, and the illegal nature of raves appealed to the young skate punk in me. So I sought them out, and I can honestly to say that my first rave changed the entire course of my life. But that’s another story for another time…