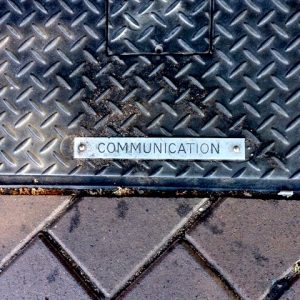 Like many during the lockdown, deciding what was important and what we would change in our lives as we re-emerged, I decided that I was going to actively learn more. What I decided to learn about was how to contribute more effectively to creating positive change in the world.

Along the way I saw a course called Systems Change 101, offered by Erfan Daliri, an Australian author, activist and spoken word artist who is also the founder of the Newkind festival, an annual gathering for changemakers whose progress I have been following, hoping one day to attend. It sounded right up my alley, so I signed up. 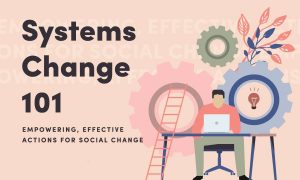 Not long after that, I saw another course advertised, this time organised by Daniel Pinchbeck, a favorite author and thinker of mine, whose ideas and books have been very influential to me over the past 15 years, along with Rory Spowers, a writer, ecologist, filmmaker and founder of The Re-Generation, who wrote a great essay during the early stages of the pandemic entitled ‘Is the Virus our Vaccine’. This course was called ‘Building Our Regenerative Future’. 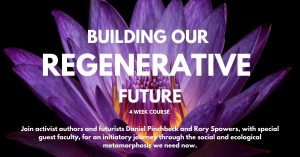 So all of a sudden I found myself enrolled in two courses and soon enough I felt like I was learning again in a way I hadn’t since leaving university almost 30 years ago. It started a few weeks ago with Erfan’s course, but it wasn’t until beginning the Regenerative Future course as well that I was inspired to share a bit of the journey here.

Systems Change 101 began with an overview of systems thinking, summed up well in this video from Peter Senge, and teaching us the language around it that enabled us to discuss the issues with a common framework of understanding. Thinking and working systemically is something I’ve been learning to do for a while, so that felt pretty natural, but when we started applying it to systems change I gained a wider view and a better understanding of how and where we might affect the underlying causes to create change.

Over the next couple of weeks, we delved into ecological economics and Kate Raworth’s donut economics model and effective communication techniques for changemaking. Then came the murder of George Floyd by a police officer in Minneapolis and the wave of Black Lives Matter protests that followed, and we here in Australia had to take a good look at ourselves and our own issues around Aboriginal deaths in custody, police brutality and systemic racism. So Erfan wisely inserted an extra session on racial justice, which was extremely and powerfully confronting for everyone in the class. Painful, but in a way necessary to encourage us to gain more knowledge and understanding, and facilitate healing.

Then, just the other day, at the ungodly hour of 2.30am due to the fact that we are hemispherically time zone challenged here in Australia, with most participants in the Regenerative Future course being located in Europe or the Americas, I set a loud alarm and made a big cup of tea to begin that journey.

An intensive course of webinars over 4 weeks and with an impressive lineup of speakers, it began with a presentation from Amanda Joy Ravenhill, director of the Buckminster Fuller institute, setting the tone with Bucky’s famous idea that “You never change things by fighting the existing reality. To change something, build a new model that makes the existing model obsolete”. Next up, James Ehrlich from Stanford University talked about RegenVillages, which has a pilot project established in Holland that is some sort of next level permaculture model that some are calling the Tesla of ecovillages.

The session culminated with Itzhak Beery, a shamanic healer and teacher, who spoke about the Amazonian prophecy of the Eagle and the Condor in which the eagle represents the western path of the mind, the industrial and the masculine, while the condor is the path of the heart, intuition and the feminine related more with indigenous, first nations cultures, and how the current 500 year era which began in 1990 sees the condor and eagle once again flying together after having followed their different paths for the previous 500 years.

He closed out the session with a guided meditation, accompanied by his rattles, in which he took us on a quest to climb a mountain and take flight with the condor. When the condor asked what it is we would commit to do to make change in the world, I felt strongly that I needed to find the courage to speak up more about the things I have learned and am learning, to further spread awareness and build community in an effort to help affect change, which is why I’m writing this now.

The learning journey continues, and I’ll be back to share more of it soon…