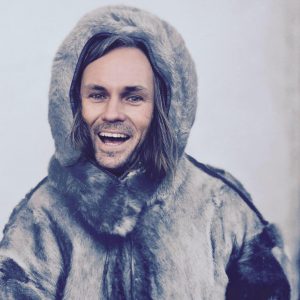 To get to know a little bit more about our special guest DJ for the next Slow Dance Experiment, we asked Audun a few questions….

When/where/how did you start DJing?

I moved to Brisbane from Norway in 1999, and started collecting vinyl over here straight away. One semester I took my scholarship money and bought turntables and a mixer instead of paying my uni fees. I was working at the Port Office Hotel as a glassie at the time, and Brisbane legends Kieron C and Matt Kitshon invited me to come in on the weekends before we opened to the public, so they could teach me the equipment and mixing basics. From there it went to throwing parties at various venues around the Valley with my Norwegian DJ partner Shetiel, which in turn led to residencies at Byron’s La La Land, Coolangatta’s Baja, and Gold Coast’s original Berlin Bar, before I started my residency at Gold Coast’s elsewhere.

You recently finished up an epic, 15 year residency at elsewhere on the Gold Coast, what’s next?

I’m excited about freeing up time and resources to spread my disc-jockey-wings a bit more around the country, and to focus more on my Funboys production collaboration, which has some exciting releases scheduled for this year, both here in Australia and in Europe.

Tell us about the Funboys project

Funboys is a Norwegian-Australian-Belgian music collaboration born from a mutual penchant for late nights, stiff drinks, bad dance-moves, house, techno, funk, punk, and worldly sounds. Seven years ago, the three of us started meeting up in the studio on Friday afternoons with the aim of finishing a baker’s dozen beers as well as a disco edit that I could play out the very same night at elsewhere. After overcoming our cultural differences and associated language barriers the Funboys Friday afternoon edit sessions started to yield some half-decent results. The natural progression from these humble and beer-battered beginnings was to venture into writing original material. Funboys has released a variety of music on Tronik Youth’s UK label NEIN Records, Australian labels Club Sweat, Sweat It Out, and Future Classic, as well as Golden Bug’s French label La Belle Records, and London-based Mullet Records. We’re currently making analog techno and house with a worldly and somewhat punk inspired feel.

Slow Dance Experiment is all about dancing to lower BPMs, what do you like about playing slower?

The main appeal for me of playing slower is the increased space each element in the track is given. You can get closer to the individual sounds when they have more room to breathe. It might require some patience from the audience, but the reward is great for those who venture. 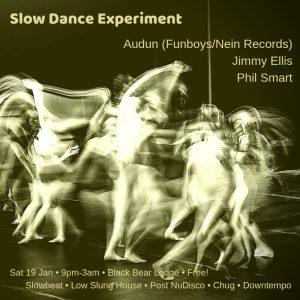