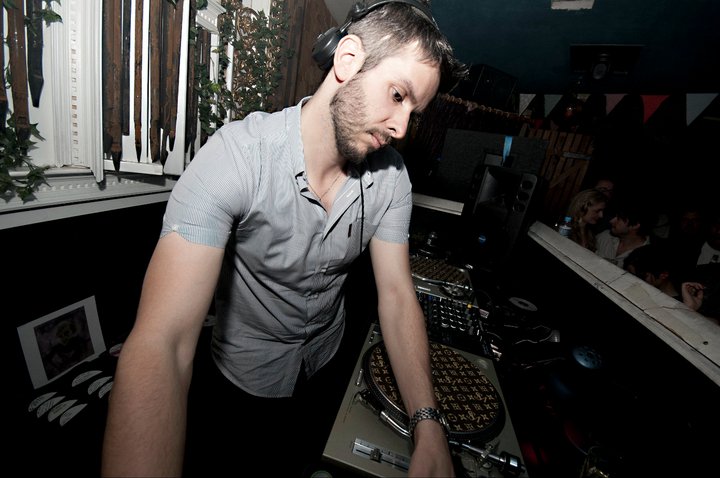 There are few Australian DJs more diverse and interesting than Mike Callander from Melbourne. As a DJ, music producer, promoter and record label entrepreneur, he’s been embedded in the city’s scene for almost 20 years. His initial introduction to electronic music and dance culture came in his late teens via his big brother, who not only brought back music and tales from his stint in London during the post rave Ministry of Sound era, he served as an entry point for Mike into underage raving.

“The Melbourne warehouse scene at the time was fucking mental! Thousands and thousands of people all facing one direction. It’s not as though I’m religious but it was like a church moment. Everyone focused on this one thing and there was someone up the front who had some sort of control. At the time I didn’t really know what was going on, but it was loud and it was epic and it was amazing!’

‘One of the first DJs I saw play live was Jeff Mills. He was doing some wild shit. I remember specifically the night, the party was called Where the Wild Things Are. I actually spent most of my night in the other room, which was much smaller, but I thought was a bit louder and in my opinion with more vibe, it was some kind of jungle room. I’d been listening to a Tony Humphries MoS CD my brother brought back from the UK, so when I was exposed to that jungle room, things reached another level.’

‘After that I started to become more interested in what’s the difference, and who’s the DJ and why is everybody facing them? That got me started with an interest and I was really hunting for some way to get involved in music. I didn’t have any  musical training and I couldn’t play any instruments, but I absolutely frothed on harnessing it somehow’

‘A little later, I was doing a degree in politics at Melbourne Uni and almost didn’t finish it, because I was so wrapped up in clubs. In Melbourne at the time there was a good DJ playing 6 nights a week, there was even a regular Tuesday night. I remember I’d go to the student night on Thursday at Redheads then head straight to uni, and I got pretty much into that rhythm. You’d go to the clubs and there’d be people handing out flyers, so you had to go to something to find out what was going on.

Fast forward to 2001 and Mike’s collected a bunch of records and bought turntables and stuff and has started looking for gigs. Finding it difficult to get bookings, he decides to throw his own parties with a mate called Luke Rivett, starting a weekly club night called Fokus.

‘We didn’t really know what we were getting ourselves into, throwing a weekly, trying to get people to pay to come, dealing with nightclub owners, and there were all sorts of club owners in those days. It was a lesson in small business and managing yourself as an artist. While it didn’t work financially, I think we broke even after 3 years of brutal slog, now that I look back it was an enormous investment in my DJ career, as things started happening from there.’ 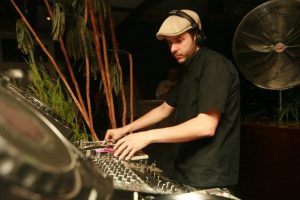 Along the way, Mike found himself diving deeper into what was possible with DJing, the idea of breaking down records into their parts to find out what is really necessary, and the role that technology is playing in that. He also thinks the debate about medium is over.

‘I miss the physical aspect of records, and the vibe of being in a record store… 10 people in one room, all looking for music. The community of it. One thing I love about digital though is downloading a track at 11:45pm that a friend from Germany sent me, that won’t be released for another 6 months and I can play it that night. That’s mental’.

‘While I still love records, the format itself doesn’t mean anything to me any more, it’s completely redundant as far as I’m concerned. There used to be a bit of a debate about ‘vinyl rules’ but I think that’s over. Especially now with the CDJ 2000 Nexus 2, it’s the SL1200 of this century. What you can do with that, with a stick and an imagination, it’s amazing. It’s changed my DJing… the shit you can do with those machines that you could never do with vinyl under any circumstances.’

‘Right now I’m doing my masters in music at Melbourne Uni. One of the things you need to do for this is to articulate what it is you do, like, what is my practice? Am I a producer, or a composer? I’ve said all along I’m actually a DJ. I might not have been as proud to say that when I started, going into a conservatorium thinking I need to call myself a composer, but somewhere along this particular bit of research I’ve gone ‘DJing… that’s a fucking craft’ and you can go so deep into that, especially with all this technology. You can take it for granted what you do, but if you show it in a detailed fashion to someone who’s not part of it, like a guitarist or a pianist or a composer, its fucking mind blowing to them.

While we’re on the subject of technology, he’s also an evangelist for the Model One mixer, after getting a test unit on loan that he just couldn’t bear to hand back.

‘The good thing is it’s the best mixer I’ve ever laid my hands on. The shame is it’s that they’re not everywhere. It’s kind of useless in some ways to have one because they’re not in every club.’

Mike’s currently building his new live set around his Model One as the brains of the set up, and will be bringing it up to Sydney to plug into the K2 system at Club 77 for the night. You can even watch a video of him giving it a run through.

Mike finds himself living and breathing music all the time, and the further he gets into his studies on what is it he does, he’s been asking himself if he even needs to release music as we know it or whether he creates pieces that are put together live?

He’s exploring what a DJ can be, researching locked groove records, and using technology to dive into the core question of ‘what do I actually need to DJ?’

‘One of the things I read recently was talking about minimal, which is a very misunderstood word in dance music, I think. It was by writer and DJ Philip Sherburne who said while writing about minimalist music, that ‘it’s wilfully incomplete’. It’s just begging you to pair it, piece it together and create something else.’

Next I asked Mike about the music he’s released over the years, as well as the labels he’s run. He’d started off making what he calls ‘clumsy music’ along the way, releasing  it here and there, when in 2008 he started Haul Music with Christian Vance and Craig McWhinney, which released some great music over its 5 or 6 year stint.

Which brings us up to Here to Hell, which he started in 2018 with Kim Moyes from the Presets, who he also records with as Zero Percent. The label is already onto its 5th release, and while they started off mostly releasing straight up electronic dancefloor things, the label seems to be naturally taking a more diverse path.

They’re thinking about the label in a different way, releasing ‘both things you can DJ with and things you can listen to on the couch with a mad hangover the day after a big night’. They’ve been casting the net a bit wider, which opens up possibilities, and they’re finding music that’s way more out there.  Part of that wider net approach brought us Paul Mac’s recent single Cataplexy from his upcoming album Mesmerism

After sharing our mutual love and respect for the musical genius that is Paul Mac, we moved back into the world of DJing and the grounding and freedom to experiment that a weekly residency provides. Mike was one of the resident DJs at Melbourne institution Honkytonks, which was recognised globally at the time as one of the best and most unique clubs in the world, and he credits club owner Michael Delany for giving him that opportunity

‘I’d cut my teeth at my own night, but Honkytonks was a DJing turning point for me. I took that opportunity and gave it absolutely everything I had. My whole week revolved around this Saturday night performance. Honkytonks was also important because I was developing self-confidence, and I’ve taken that with me. I felt I had the trust of Michael and the crowd, and that feedback loop led to an explosion of creativity’. 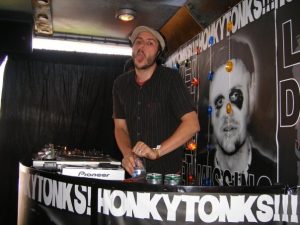 At the time he was also working for a record distributor in Melbourne, building an arsenal of music to play, with the added advantage of the being able to keep copies of one-off promos for himself. He’s always liked playing all sorts of music together, weaving a tapestry, which has also led him to play more than his share of warmups for internationals, and often in weird pairings.

He’s been slotted in before DJs playing anything from house to aggressive drum bass or slamming techno, but appreciates the challenge. His style is grounded in techno, but his repertoire is much wider. ‘It’s characterised my DJ career, but it can hold you back in some ways, as with diversity comes a layer of confusion.’ However, that diversity is also part of the reason Mike is still one of the busiest DJs in the country.

‘I like putting different things together, and loops can serve as transitions. I don’t have a diversity goal in terms of what I play, but I always want the opportunity to be able to change, to be able pivot and go from this to that and change direction, constantly testing. The whole things a constant experiment.’ 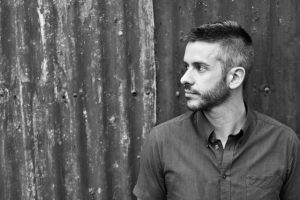 He’s now a long time resident at another Melbourne institution.  ‘I’ve taken all of that with me now to Revolver where I play for at least 3 hours every Friday night, and sometimes much longer. It’s a lot of work, and it takes its toll, but it’s completely worth it. It’s the best job in the world’.

Catch Mike play at the first edition of the DJ Masters Series on Friday 5 April 2019 at Club 77 in Sydney, and for a taste of Mike’s diverse repertoire, check out some of these mixes.